If you look at most sports networks these days, you’ll notice a trend: hot, young, female moderators. The networks know that bringing the eye candy brings the fans, and we’re not ashamed to admit our approval. Today we showcase seven of the hottest female sports moderators in the world. In this list, you’ll find the sexiest and smartest moderators that rule the networks. If you find yourself gravitating towards the finest in the business, visit our Online Sportsbook and try out our latest offerings.

Although there are many sexy and talented sports moderators in the world, Laura Wontorra is the hottest reporter in Germany. Daughter of well-known sports moderator Jὂrg Wontorra, she enjoys immense success working for Sport1 and RTL Nitro. She also led the RTL (major European channel) entertainment show Ninja Warrior Germany since 2016.

Laura started out studying PR and communication at the Macromedia University for Media and Communication in Cologne, followed by her 2013 traineeship at Sky Germany, a major German media company. She started out as a presenter and reporter for Sky. By July 2013 she was presenting and field reporting for Sport1. She also plays professional soccer in Cologne. 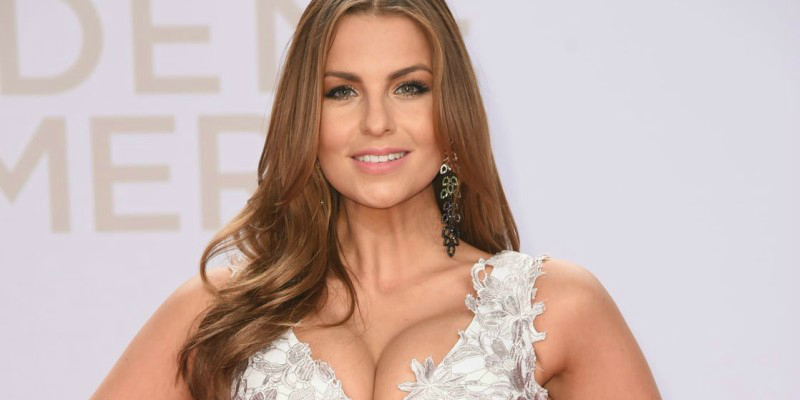 A classic German blonde bombshell, Andrea Kaiser has been in the sports moderating arena for many years, but she is just as sexy and popular on the tv screen as ever. She has been presenting the television series The Wonderful World of Baby Animals on SAT.1 and moderating for Duel of the Stars on the same channel.

In 1996, Andrea got her start on Radio Arabella in München. Then, she started working for Weck Up on SAT.1 and Tabaluga tivi on ZDF. She became a staple on DSF aktuell and Bundesliga aktuell on channel DSF, programs which would respectively become Sport1 News and Sport1. Other career highlights include running various sport events on SAT.1 and co-presenting alongside Alexander Wesselsky on Fort Boyard. Sports moderator and German hottie, Anna Kraft lights up the screen as a reporter for ZDF. She also regularly reports on events at the UEFA Champions League and the Bundesliga. She is also in a relationship with Sky commentator, Wolff-Christoph Fuss.

Anna was born in Haan and competed as a multiple German sprint relay champion in Leverkusen at school until 2008. She went on to study sports science at the German Sport University Cologne, combined with media and communication. This degree set her up for her incredible career. She began in 2010 working for the football program, ran, on SAT.1. From there she moved to Sky Deustchland in December 2011. She was the youngest presenter for Sky Sport News HD before moving on to presenting Bundesliga aktuell. She moved to Sport1 in 2013 and finally joined ZDF in 2015. Blonde and bodacious with an incredibly impressive sports reporting career, Charissa Thompson is a force in American sports moderating. She currently presents for Fox Sports, and has also worked for ESPN, GSN, the Big Ten Network, and NBCSN. She has been reporting for Fox since 2011 and is still going strong with the network.

A prominent voice in the sport presenting field, she began her Fox career as an NFL side reporter before hosting the Fox Sports NFL Kickoff Show. Then, she moved to ESPN where she co-hosted Numbers Never Lie and SportsNation, before returning to Fox where she is the current host of the daily Fox Sports Live. Sexy, swanky, and on top of the sport journalism world, Cari Champion lives up to her surname. Known for becoming the first African American woman to anchor ESPN’s SportsCenter, she’s a beacon to many who aspire to sports reporting.

After graduating from the University of California, Los Angeles (UCLA), with a major in English and minor in mass communications, she decided to pursue journalism so she could speak up for African Americans. She worked for several television companies before landing a spot as the host of ESPN’s First Take. In 2015, she was promoted to her current role on SportsCenter. She has also appeared on the entertainment news show, The Insider. As our token Brit, sensation Kate Abdo has made herself famous by moderating soccer matches. Born in Manchester, she charmed the United States with her beauty and brains, grabbing gigs with CNN and DW-TV. She landed her Fox Sports 1 career when she helped a cover a third-round replay in the FA Cup between Liverpool and Plymouth Argyle in 2015. Today, she covers Fox’s Premier Boxing Championships and hosts Inside PBC Boxing.

Before she went to the States, she worked for British network Sky Sports, where she’s interviewed top names in soccer. She also has covered huge tournaments such as the Coppa Itallia in Italy and hosted the Ballon d’Or ceremony in 2015. She is also one of very few moderators fluent in multiple languages. Unique in her mysterious beauty and fondness for taking sultry selfies, model and sports moderator Jimena Sanchez works for FoxSports Mexico. Likened to Kim Kardashian, her fans love her for her exceptional hourglass figure and mad sports presenting skills. She has 5.9 million followers on Instagram, reflecting her huge fandom.

A Mexico City native, Jimena got herself noticed because of Mad Mamacitas, a photo blog. Due to this notoriety, Récord, a sports magazine, picked her up. Soon after that, she was selected by Fox Deportes, the Mexican branch of Fox in the US, and history was made. She currently hosts Lo major De Fox Sports and writes for Medio Tiempo. If you could be a Professional Boxer, who would you be?

There are all kinds of personality tests you could take to tell which kind of career you are suited to or what sort of life partner would be best for long term success. There again, you can work... Continue reading

Whether you enjoy playing football or manage a team that you want to inspire in some way, a motivational talk can make all the difference. Over the years, some of the leading names in football have... Continue reading