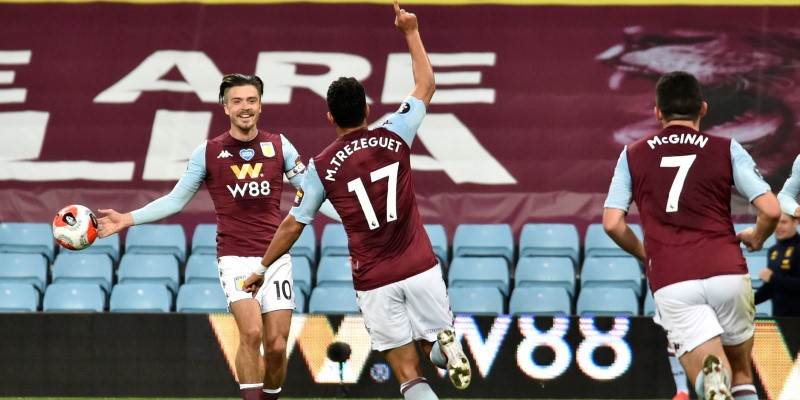 Aston Villa are battling for survival as they travel to West Ham for their final game of the Premier League season. The home side have been at the bottom of the table for most of the season too and unrest continues over David Moyes’ future at the club.

The reverse fixture played out to a goalless draw, although the match was far from without drama as Arthur Masuaku was sent off for a controversial second yellow card.

Robert Snodgrass is a long-term absence for David Moyes’ side, but Ryan Fredericks a doubt for Sunday’s game. Felipe Anderson has returned from a long-term injury and may well return for the final game of the season with Pablo Fornals failing to convince on the left flank.

Dean Smith opted for Ezri Ngoyo and Mbwana Samatta for the mid-week tie against Arsenal, and his selections paid off with a crucial three points. The manager may therefore be tempted to stick with the same line-up, leaving Keinan Davies and Marvelous Makamba on the bench yet again. Tom Heaton and Wesley are sidelined through long-term injuries.

West Ham have secured their Premier League futures for another season, but will want to avoid defeat against Aston Villa on Sunday. The hosts are 3.2 to win, the visitors 3.75 and a draw is 2.15.

In theory, both Aston Villa and Watford could draw level on points with West Ham if the hosts fail to win on Sunday. However a vastly superior goal-difference would require the visitors to score over five goals to overtake their opponents.

Dean Smith’s side’s survival hosts were handed a significant boost on Tuesday, with a surprise win against Arsenal. Having leapfrogged Watford due to a goal difference of one, the Villans just need to ensure they match or better the Hornets result on Sunday. This could well see Aston Villa field a defensive line-up, ensuring to stay in the game for as long as possible.

For West Ham, the game is as close to a dead rubber as possible, although David Moyes’ side has built up a good run of form to end what is otherwise a highly disappointing season. Therefore, a win would be beneficial to fan morale and potentially encourage the owners to back their manager in the summer transfer market.

With everything extremely close going into the last day of the season, the London Stadium could be the venue for celebration or tears on Sunday.

Half-time scores may require Villa to win, meaning game plans may be changed for the second period.

With so much on the line for both teams, both are likely to avoid taking excessive risks.