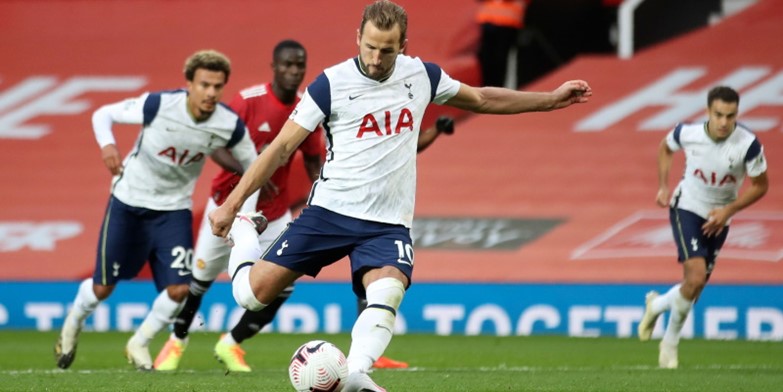 Jose Mourinho’s Tottenham face a London derby clash this weekend as rivals West Ham pay them a visit. The Hammers found some form before the international break, with David Moyes leading the team from his home after a positive COVID-19 test.

Spurs beat the Hammers home and away last season and Mourinho’s side have lost just one of their last six Premier League games against them.

A Tomas Soucek own goal and a late contribution from Harry Kane delivered the points to Spurs when the sides met in June, while Kane was also on the score sheet in the November 2019 fixture between the sides.

That game ended 3-2 to Spurs with Kane adding to goals from Son Heung-min and Lucas Moura to give Tottenham a three-goal lead shortly after half time. Goals from Michail Antonio and Angelo Ogbonna gave the scoreline some respectability for West Ham.

Mourinho could hand Gareth Bale his second Spurs debut with the Wales international now fit to return, but Sergio Reguilon and Giovani Lo Celso are both rated as doubtful.

David Moyes will be back in the dugout for this game and he faces injury concerns over Ryan Fredericks, Issa Diop and Arthur Masuaku.

Tottenham recovered from an opening day 1-0 defeat at home to Everton to rack up some impressive Premier League form in the last few weeks. Mourinho’s side headed into the international break on the back of one of their best results under him with a 6-1 win at Manchester United.

West Ham also struggled to pick up points in their opening games losing to Newcastle and Arsenal. However, in Moyes’ enforced absence, they have collected back to back wins over Wolves and Leicester City.

Tottenham will fancy their chances to pick up a result in this clash based on their recent form and that big win at Old Trafford and they are well priced at 1.60 to collect all three points. West Ham are 5.75 for the victory, with the draw at 4.30.

England international Kane and South Korean star Son have struck up an incredible partnership in the opening month of the campaign, scoring two thirds of all of the club’s goals this season. Kane is in excellent form ahead of this clash with five goals in his last two starts, and West Ham’s defence, frequently an area of concern, has to be ready to deal with that threat.

West Ham will cause problems for Spurs in this clash but Mourinho’s smart summer recruitment looks to be working out well for the Portuguese boss and the home side should have enough to keep their winning run going for at least a bit longer into October.

Based on their performances against Wolves and the Foxes, West Ham do pose a forward threat and they should at least get on the scoresheet in this one. Spurs will have Kane back fit, and the always dangerous Son.