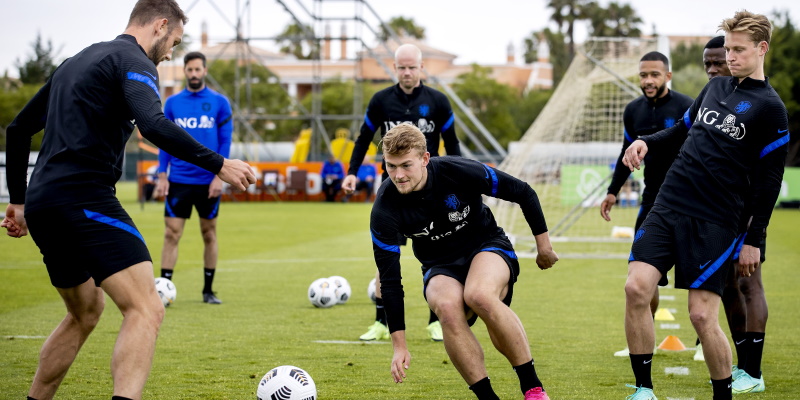 Frank de Boer’s Netherlands continue their Euro 2020 preparations up against Georgia in their final game before the competition kicks off. La Oranje are through to their first tournament since the 2014 World Cup and are dark horses in the online football betting to win it.

Theses two sides have never faced each other before in competitive or friendly action.

Liverpool defender Virgil Van Dijk is the big absentee from de Boer’s squad after he opted to stay in England to continue his rehabilitation.

However, despite his absence from the travelling party, de Boer can call on his former Reds teammate Gini Wijnaldum, alongside Frenkie de Jong and Memphis Depay this summer.

Georgia head coach Willy Sagnol has called on a majority of domestic based players for this block of friendlies with Nika Kvekveskiri and Otar Kiteishvili the standout names in his ranks.

Netherlands vs. Georgia Preview and Predictions

De Boer is charged with ending the Dutch embarrassment of not qualifying for a major tournament by turning in a strong performance this summer. His predecessor Ronald Koeman secured qualification for the delayed competition with the former Crystal Palace boss taking charge in September 2020.

He has endured a mixed start to the biggest job in Dutch football with just four wins from nine games in Nations League and 2022 World Cup qualification so far.

Georgia missed out on a first ever place at a major tournament after suffering heartbreak with a 1-0 play off final defeat to rivals North Macedonia. Former France international Sagnol was appointed as manager at the start of 2021 and the ex-defender has picked up just one win from three World Cup qualifiers so far.

With the pressure firmly on the Dutch to reach at least the knockout stages this summer, they look well placed to sign off from friendlies with a win, and a De Oranje victory is widely expected. Indeed, the Netherlands are 1.15 for this one, with Georgia at 14.00. The draw is 7.50.

Sevilla striker Luuk de Jong has been the key man for de Boer in 2021 with three goals from three appearances since the turn of the year and he could be vital in both this game and in the subsequent European Championships.

De Boer will be desperate to get his team in good shape ahead of Euro 2020 and a win in this tie will be a real confidence boost for his squad. They face a demanding start to Euro 2020, placed in Group C, with games against Ukraine, Austria and North Macedonia.

The Dutch have improved defensively under de Boer with a solid record at the back in 2021, with two clean sheets from their last two games ahead of this one. In total they have are conceding just under one goal per game under their new manager across the last nine months.