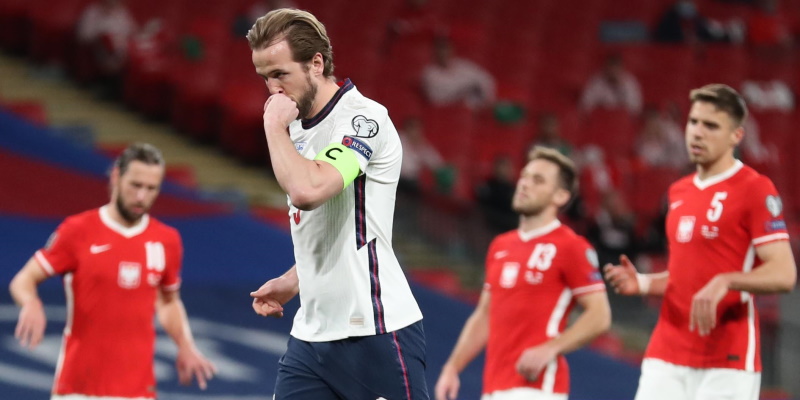 England complete their preparations for Euro 2020 when they take on Romania in this friendly at Middlesbrough’s Riverside Stadium on Sunday. It’s crucial for Gareth Southgate and his Three Lions to head into their European Championship opener against Croatia on the back of a good performance in these online betting football tips.

This will be the first meeting between these countries in more than 20 years. They last played each other at Euro 2000, when Romania famously knocked England out in the final round of group fixtures. The Three Lions lost 3-2 courtesy of a last-minute penalty conceded by Phil Neville and converted by Ionel Ganea.

England are likely to give run-outs to a clutch of players not involved in Wednesday’s friendly against Austria. Southgate wants to keep his entire squad match-tuned, although this game will likely come too soon for Harry Maguire and Jordan Henderson. We expect to see more of the Chelsea, Manchester City and Manchester United players involved in their recent European cup finals.

Romania missed out on qualification for Euro 2020, so coach Mirel Rădoi will use this game to prepare for the remainder of his team’s qualifying campaign for the 2022 World Cup. Talented Rangers youngster, Ianis Hagi - son of Romania legend Gheorghe - is one to watch, while former Tottenham man Vlad Chiricheș captains the Tricolorii.

England vs. Romania Preview and Predictions

England go in search of their first victory over Romania in more than half a century at the Riverside on Sunday. The Tricolours have beaten the Three Lions three times in the seven clashes between the countries since England were victorious at the 1970 World Cup, including that triumph at Euro 2000 and at the World Cup in France two years earlier.

Much has changed since those days, although England’s search for a major goes on. This summer represents a great chance for the Three Lions to finally taste glory once again, given the exciting nature of their squad and their home advantage at Euro 2020.

Southgate has a talented group at his disposal, with a nice blend of youth and experience. The quality England possess far outweighs that of their opponents in this warm-up game, and the home team will start Sunday’s encounter as the heavy favourites in the betting. Indeed, England are priced at 1.25 for the win, while Romania are out to 10.75 and the draw is 6.00.

England may have lost twice in last year’s Nations League, against Belgium and Denmark, but they also beat the Belgians and won their opening three World Cup qualifiers in March. Romania, on the other hand, have lost their last two qualifiers against Germany and Armenia.

Indeed, the Tricolorii only won four of their 14 fixtures prior to Wednesday’s friendly against Georgia, losing seven. The visitors are the clear underdogs against England, while even a draw would come as a real surprise.

The Three Lions only conceded one goal in their four games prior to Wednesday’s warm-up fixture against Austria, and Southgate’s side will hope to put in a dominant display against a team who won’t even be featuring at this summer’s Euros.

If the hosts are in the mood, they should easily be at least three goals better than Romania. The Three Lions have a real depth of talent going forward, making this scoreline worth a look in the latest odds for this game.