The matches are coming thick and fast in December, and Everton face yet another top team when Chelsea come to visit this weekend. The situation is getting serious for the Toffees and they need to pull something out of the hat against Frank Lampard’s young and confident bunch from London. After 170 meetings between the two, the record shows a tight affair between two clubs with a long history in the top division. Everton will need to replicate the kind of performances they were showing against the Blues last season, to help turn their seasong around and get away from the bottom three. Last year, Marco Silva’s men won 2-0 at Goodison Park over Chelsea, thanks to goals from Richalison and Gylfi Sigurdsson. The win followed up a stalemate at the Stamford Bridge in November. But Everton haven’t lost in their three last meetings with Chelsea, who are leading the overall record with 65-52-53. Everton have only lost 20 out of their 85 home games against Chelsea and have won just under 50 per cent of them. The away side last won at Goodison Park in 2017, then they beat Everton 3-0. Only once in the last eight meetings between the two sides, both sides have scored during the game – in October 2017, when Chelsea won 2-1 in London.

Everton manager Marco Silva is hoping to have Bernard back soon, but this match may come too early for the Brazilian winger, who sustained a knee injury in late October. He has been missing from the starting line-up for the last five matches, whilst the only other player to be injured is Andre Gomes, who is out long-term with an ankle injury.

After leaving the pitch in agony against Valencia, Tammy Abraham declared himself fit to play against Aston Villa in the midweek. Frank Lampard is still without Antonio Rudiger and Ross Barkley to long-term injuries, but will have more or less a full squad to pick from against the Toffees.

Everton vs. Chelsea Preview and Predictions

The home side remain in the bottom half of the Premier League and struggle to climb away from the relegation zone, but the matches aren’t getting any easier after facing Leicester last weekend and Liverpool in the midweek. Now, Chelsea await them on the other half, and Everton may be backed at 3.45 to win the game. The away side have been impressive under Frank Lampard, but might lack that little touch of class to make them real contenders this season.

Christian Pulisic has finally found his feet in the Premier League, after a slow start to life at the Stamford Bridge, and he has established himself as an important member of Lampard’s squad. This weekend they may be backed at 2.05 to claim another three points as they fight to qualify for the Champions League also next season.

Chelsea are where you’d expect them to be, but it’s safe to say that Everton were not expected in the bottom half at this stage of the season, but putting away current form, the Toffees may take confidence from their last three meetings with Chelsea. Two goalless draws and one win could help inspire the home side and you may back them at 3.75 to hold the visitors for another draw at the Goodison Park this weekend.

Chelsea have been inconsistent lately and have slipped up against teams like Valencia and West Ham, but they are definitely looking to make December count. It’s an important month both at the top and bottom, and Chelsea might be slightly distracted by the decisive match against Lille in the Champions League next week. Everton will be hoping that’s the case and will be ready to grab the opportunities when they present themselves.

Chelsea haven’t kept a clean sheet away from home in their last four fixtures, making Richarlison look like a potential threat to keep that run going. Everton aren’t looking especially lethal at home, though. After two 2-0 wins over West Ham and Watford, they have played out a draw against Tottenham and lost 2-0 to Norwich in the last game they played on Merseyside. Silva will be looking to get the fans forget about the misery from their last home game with a win over a top team in the League.

Even if both teams are struggling with keeping the opposition away from their own goal, this match has a long history of both teams not to score. Only once during the last eight meetings between the Toffees and the Blues, we’ve got a result where both teams have scored.

Everton will be fighting their corner and have previously fared well at home, keeping the score low. Their last four home games have alle ended with two goals and it’s worth another punt, even if Chelsea love a big score, hence the good value. 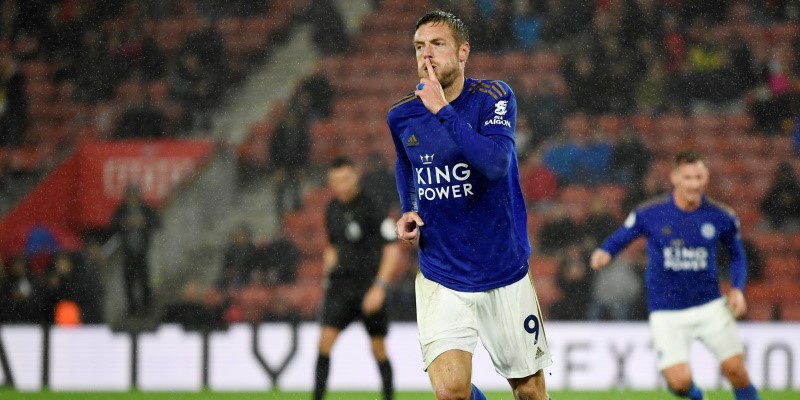 Wednesday 4 December King Power Stadium – Premier League Can Leicester continue their sparkling form in the Premier League with a victory against bottom of the table Watford? Brendan Rogers... Continue reading