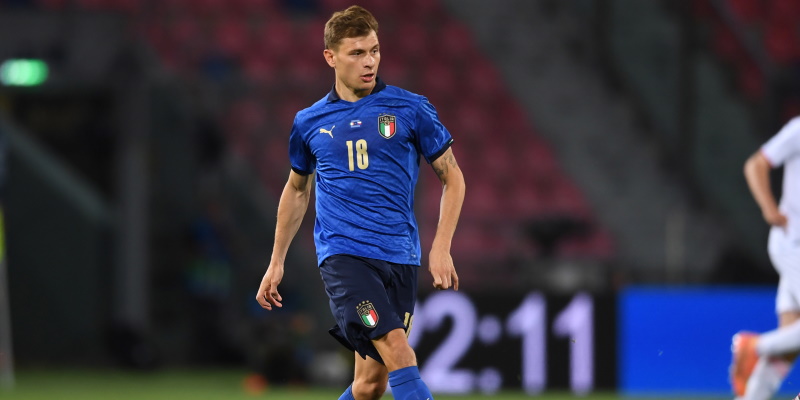 All the build-up, preparation and anticipation comes to an end as Turkey and Italy kick off Euro 2020 at the Stadio Olimpico in Rome on Friday night. Both countries are looking for a positive start to their campaigns in the mobile online betting for the first fixture of this summer’s European Championship.

Turkey have never beaten Italy in any of their 11 previous meetings. The Azzurri have emerged victorious on eight occasions, although the last two clashes between the countries have both ended 1-1. However, given the last of those games was nearly 15 years ago, that won’t have any bearing on this weekend’s encounter.

Roberto Mancini could continue with a front three of Lorenzo Insigne, Ciro Immobile and Domenico Berardi, after all three were on target in Italy’s final warm-up fixture against the Czech Republic. Marco Verratti is expected to miss out through injury, while vastly experienced Juventus duo Giorgio Chiellini and Leonardo Bonucci are set to start in central defence.

Turkey have a relatively youthful squad and are well short of the experience of Italy’s two centurions, although veteran forward Burak Yılmaz captains the Crescent Stars fresh from his Ligue 1 triumph with Lille. Leicester City pair Çağlar Söyüncü and Cengiz Ünder should both start, with AC Milan’s Hakan Çalhanoğlu one to watch for the Turks.

Turkey vs. Italy Preview and Predictions

Friday’s clash between Turkey and Italy will be their first competitive meeting since the Azzurri beat the Crescent Stars 2-1 in the second fixture of Euro 2000. They go one better in this weekend’s Euro 2020 curtain-raiser, with both countries hoping to qualify for the knockout rounds as they did some 21 years ago.

Italy were runners-up at Euro 2000, but the quality of their current squad is nowhere near that level. This Azzurri setup is much more focused on being a strong team unit, with coach Mancini making the Italians hard to beat once again.

Italy come into this opening fixture on the back of an eight-match winning run. The Azzurri haven’t conceded a single goal during that spell, thrashing San Marino 7-0 and the Czech Republic 4-0 in their two Euro 2020 warm-up fixtures.

What’s more, the Italians are unbeaten in their last 27 matches, winning 22 of those. That includes an unbeaten Nations League campaign in a group with the Netherlands, Poland and Bosnia-Herzegovina, with the Azzurri the 1.54 favourites for the win here.

Turkey are 7.50 to start their campaign with a bang, and they too have been in good form of late. Şenol Güneş’s side are unbeaten in their last six, a run which began with a 4-2 victory over Holland.

The Crescent Stars have only lost one of their last 13 fixtures, although seven of those have ended in draws. Another stalemate here at 3.75 would be a great result for Turkey ahead of their remaining fixtures against Switzerland and Wales.

The Azzurri head into Euro 2020 looking for their ninth successive win to nil, making this bet a promising way to improve your odds on the favourites.

Mancini’s side have won all their five most recent competitive fixtures 2-0. You can get odds of 12.67 with Immobile breaking the deadlock in a 2-0 scorecast.