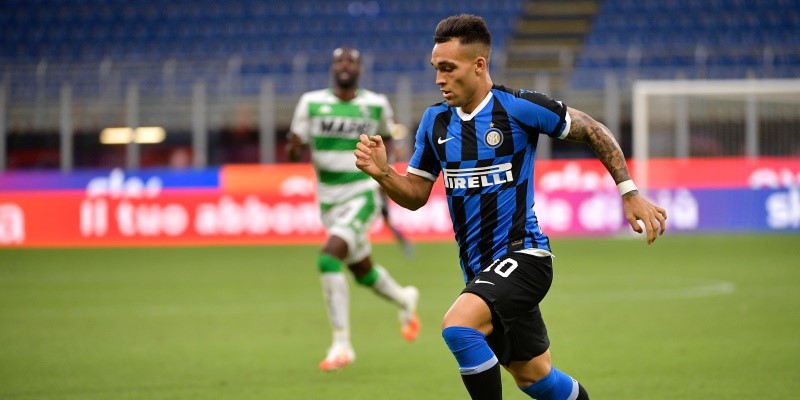 One of the favourites to win the Europa League are in action as Inter Milan play Getafe in a one-off last 16 encounter. The first leg of this tie was called off due to the coronavirus outbreak, putting these teams straight into a winner-takes-all clash in Gelsenkirchen on Wednesday night.

This game will break new ground as it will be the first time these two clubs play each other. Inter have won both this competition and the Champions League three times apiece in their various guises, while Getafe have never won a trophy in their history and have only competed in Europe three times.

Stefano Sensi is back in full training following a thigh injury, meaning fellow midfielder Matias Vecino is the only player causing Inter coach Antonio Conte any injury concerns. The Uruguay international is set to miss this game with a knee problem.

Conte’s opposite number, Jose Bordalas, also only has one player on his injury list. It’s not a major issue though, as back-up goalkeeper Filip Manojlovic is out with a hernia. Apart from that, the Getafe boss has a fully-fit squad to choose from.

Inter vs. Getafe Preview and Predictions

Inter Milan may have finished a lot closer to Serie A champions Juventus than they expected to a month ago, but it’s still been a relatively disappointing season for the Nerazzurri. Conte is building something on the blue half of Milan though, and winning the Europa League would be a huge step in the right direction for Inter.

Getafe are the team standing between them and the last eight, with the Spanish outfit finishing a credible eighth in the La Liga table this season. They missed out on a place in next season’s Europa League by just two points, which would’ve been only their fourth foray into the competition.

The Madrid club can of course still get into next season’s Champions League should they triumph in this tournament, but that appears highly unlikely. Especially as they face an Inter side on Wednesday who took a seven-match unbeaten run into their final game of the season against Atalanta at the weekend.

The Nerazzurri are the odds-on favourites to beat Getafe inside 90 minutes, priced at 1.76 in the latest odds for this game. Getafe ended their campaign in poor form, only winning one of their 11 games following the restart, and none of their last six, losing four.

That said, a one-off tie on neutral ground in Germany probably gives Getafe more of a chance than the initial two-legged affair would’ve afforded them. They are 4.55 for the win, while the draw after 90 minutes is priced at 3.80. Inter are 1.48 to qualify for the next round, with Getafe 2.55 for the same bet.

The Milan club ended their Serie A campaign with a slew of clean sheets and are the clear favourites to progress to the last eight in this game.

The Nerazzurri were in fine form in front of goal as well as in defence in the final weeks of the season, with this scoreline offering superb odds for this match.