Borussia Dortmund are far from being as convincing as they were at this stage last season, but they’ve got the chance to leap their opponents when fourth placed Wolfsburg visit the Signal Iduna Park this Saturday.

When Wolfsburg visited Dortmund earlier in 2019, it ended with a comfortable 2-0-win for the home side and in fact, the away side haven’t found the net against Dortmund in five straight matches – losing four of them.

Borussia Dortmund have confirmed that Mario Götze suffered a fracture in his forearm and will be ruled out of this weekend’s fixture, joining Marcel Schmelzer on the sidelines. The defender is currently out with a hip injury.

The list is longer for the away team, with Ismail Azzaoui, Admir Mehmedi, Niklas Klinger, Xaver Schlager, Ignacio Camacho and Daniel Ginczek out with injuries.

Two direct rivals in the fight for top spot in Bundesliga meet after a midweek game in the German Cup and Borussia Dortmund are looking to return to the winning path in the Bundesliga where the last fixture ended in a 0-0 draw with Schalke 04 in Gelsenkirchen. Both teams would love three points in this fixture, but with Wolfsburg on a run of two draws in a row in the league, a 4.35 for the match to end in a draw is looking interesting. Dortmund are 1.52 to win this home game, with the away side at 6.95.

The Wolves remain the only team in the Bundesliga without a loss this season and are coming to Signal Iduna Park with two win and two draws in four. They are still the joint lowest scoring team among the top 10 in the league – together with Hoffenheim. They might be pegged back by Dortmund this weekend, but their defensive record is also the best in the league with only five goals conceded and we might get a very tight game between two top teams.

Paco Alcacer has been suggesting that the home side have been lacking a “plan B” as they are still looking for him to get at their opponents every week. Attack seems to be the only alternative for French manager Lucien Favre, but Wolfsburg might also be of a similar threat in this meeting. The wolves have yet to lose away in the Bundesliga this season and have only conceded two goals in four games on the road.

Wolfsburg’s most convincing win this season came against Hertha Berlin in the first away fixture for the season, when they won 3-0 at the Olympia Stadion. That was the last time they scored more than one goal during a match.

An organised and structural away side will make life hard for Dortmund this weekend, as seven Bundesliga matches involving a reluctant Wolfsburg have ended with maximum two goals.

The away side have picked up four wins and since the mentioned 3-0 win against Hertha Berlin, they have only picked up three points twice – both being 1-0 wins. If they are to steal all the three points against Lucien Favre’s men at Signal Iduna Park, it might have to be another one of them. Saturday 2 November Emirates Stadium – Premier League Arsenal are looking to bounce back after two matches without a win in the Premier League as they host a dangerous Wolves side. The... Continue reading 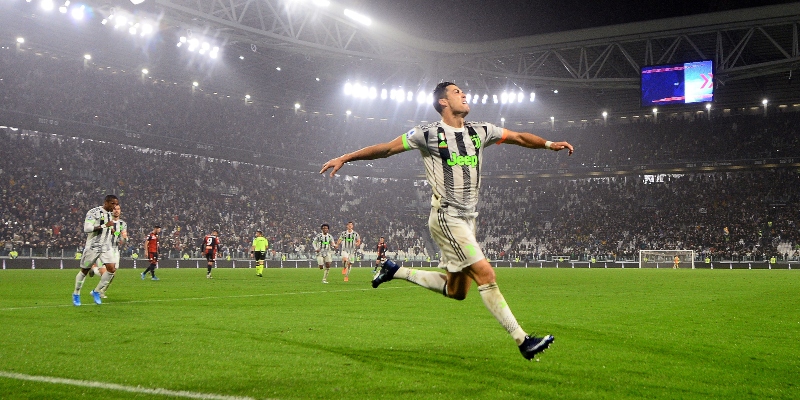 Saturday 2 November Stadio Olimpico di Torino – Serie A Juventus enter the season’s first Turin derby with a goal of maintaining their position in the title race but face a stern test... Continue reading