Chelsea and Sevilla begin their Champions League campaigns with this clash at Stamford Bridge on Tuesday, which promises to be an intriguing encounter. It’s a real test for the big-spending Blues, against the team that won the Europa League yet again two months ago.

Despite both clubs boasting rich European histories, this will be the first time they play each other. Chelsea won the Champions League in 2012 and have since won the Europa League twice, a competition which Sevilla have triumphed in six times in the last 14 years.

Frank Lampard has been sweating on the fitness of two of his summer signings, with left-back Ben Chilwell and goalkeeper Edouard Mendy both returning home early from international duty. Apart from that, promising young midfielder Billy Gilmour is the only other injury concern for Chelsea.

Visiting coach Julen Lopetegui almost has a fully-fit squad to choose from, with Marcos Acuna the only doubt for Sevilla. The Argentine full-back, who joined the club from Sporting Lisbon in the summer, picked up a niggle while away with his national team and could miss out.

Chelsea vs. Sevilla Preview and Predictions

This game has the potential to be a lively affair packed with goals, as the winners of the last two editions of the Europa League lock horns in the continent’s top club competition. With Rennes and Krasnodar the other two teams in Champions League Group E, these two sides are expected to duke it out for top spot.

It appears to be a close one on paper, with both teams finishing fourth in their domestic leagues last term. Chelsea have strengthened significantly over the summer, but their new signings are yet to fully gel in a team which has been searching for consistency since the start of last season.

Sevilla are perhaps the antithesis of that, consistently performing to a high standard which not only sees them regularly hoover up the Europa League trophy, but also hang onto the coat-tails of big boys Barcelona, Real Madrid and Atletico Madrid in La Liga.

Los Nervionenses got a draw away to Barcelona in their last game before the international break, the first time they’d dropped points after winning their first two matches of the season. Lopetegui’s side beat Roma, Wolves, Manchester United and Inter en route to European glory in August, and are 3.70 to win this one.

Chelsea, however, are the favourites at 2.10. The Blues have begun their Premier League campaign with two wins and one defeat, away to Liverpool, as well as an entertaining 3-3 draw against West Brom. Another stalemate in this game is priced at 3.50, setting the tone for a tight group.

Sevilla to win and both teams to score at 6.00

Sevilla have considerable European pedigree, albeit in the second-tier competition, but they are well organised, threatening on the break and predominantly used to playing with each other - in contrast to this Chelsea team.

This game could turn out to be a high-scoring encounter, with a Sevilla win and over 3.5 goals bet priced at 11.00. A 3-2 victory for the away team would mirror their Europa League final victory over Inter. 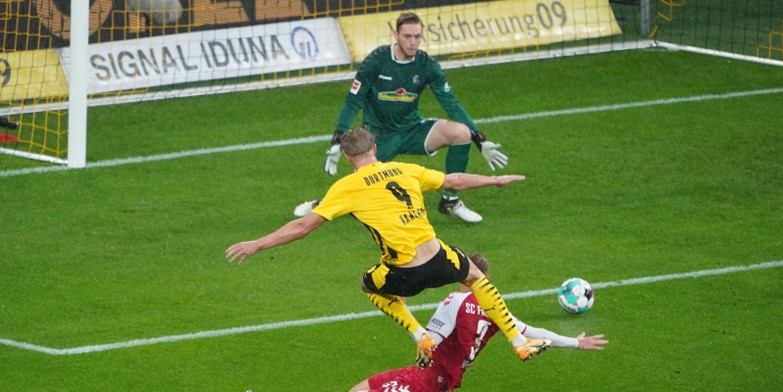