Pep Guardiola’s high flying Manchester City will be looking to hit the ground running on their return to European action to face Borussia Monchengladbach. The game is another clash impacted by Covid-19 travel restrictions, after it was moved to Budapest last week.

City picked up a win and a draw against Borussia Monchengladbach in the 2016-17 Champions League group stages and they are unbeaten in their four meetings against them. Check out the Spin Sports blog to see if Guardiola can transfer his domestic dominance into Europe in 2021 as we delve deeper into online football betting.

Monchengladbach boss Marco Rose is likely to recall striker Breel Embolo back into the starting team in his only notable change of tact against City.

Guardiola has Kevin De Bruyne and Sergio Aguero back fit for this tie, but he will be cautions about starting both players in such a high stakes match.

Rose announced in midweek that he will be leaving Monchengladbach to take over at Borussia Dortmund this summer and that could be a real test of his side’s mentality in the months ahead. They face City on the back of a solid run of form with just one defeat in their last eight Bundesliga games as Rose aims to seal another Champions League qualification spot in 2021.

City look to have seen off their rivals in the race for the Premier League title with significant lead over rivals Manchester United with only about a third of the season to go. Guardiola’s team have broken records for consistency in 2021 and they travel to Budapest with a vice like grip on the title and an incredible winning run of 17 games in league and cup action.

Despite Monchengladbach turning in some impressive performances so far in 2021, this looks to be another banker for City, with an away win priced at 1.38. The home win is out to 7.25, with the draw at 5.25. If Guardiola does opt to recall Aguero for this game, the Argentinian could a key figure to look out for after netting three goals in his last two games against Monchengladbach.

Guardiola knows he cannot afford another limp display in the Champions League knockout stages and if the Premier League can be wrapped up by March, they will be a major force in Europe. Wins breed wins, and City are flying at the moment.

Manchester City to win to nil at 2.45

City have been very impressive in defence in recent weeks, with nine clean sheets from 14 games in 2021, with just four goals conceded. Gladbach might have to rely on counter-attacks, even at home, but that’s no guarantee of a goal. 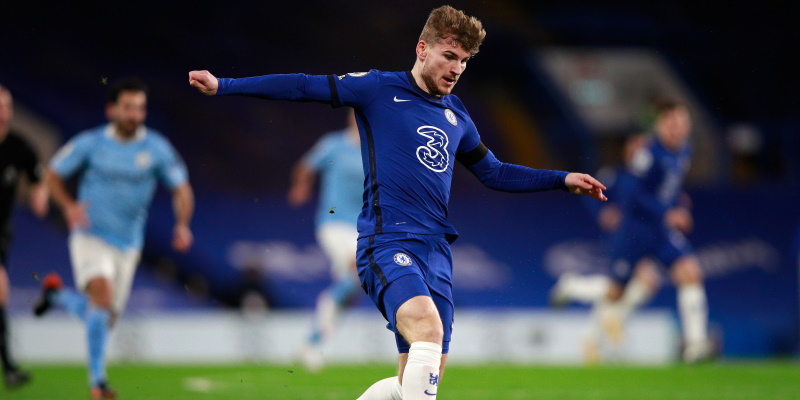