Borussia Dortmund need to bounce back immediately from the loss to Bayern Munich before the international break when bottom-placed Paderborn comes to town. The home side are looking to get back on track by prolonging Paderborn’s misery in the Bundesliga.

The last meeting between the two teams came in the DFB-Pokal in October 2015, when Borussia Dortmund destroyed their visitors in a 7-1 win. Marcel Schmelzer is the only player remaining at Dortmund from the starting line-up in that game, and he is out injured. They have only met on two other occasions in the Bundesliga, where Paderborn held Dortmund to a 2-2 draw at home, before losing 3-0 away during the 2014-15 season.

As previously stated, the home side are missing their full back Schmelzer to an injury, but might also be without captain Marco Reus, who has been out with an ankle injury since before the international break. It will be touch and go for the winger.

Paderborn are still without their captain Uwe Hünemeier, but it seems like they will have Marlon Ritter back from a back injury and it remains to be seen if Streli Mamba will be granted another opportunity up front after struggling to find the net lately.

Borussia Dortmund got a serious beating against the reigning champions before the international break, leaving the players fuming at their own performance in Der Klassiker. Julian Brandt was hitting out at his own team after his first derby and they will be looking to bounce back on the first opportunity next weekend.

Jadon Sancho has been outstanding this season, but was hauled off the pitch at half-time against Bayern and needs to bring something to the table against the bottom-placed visitors this weekend. Some of the stars, including Sancho, are reportedly growing frustrated about the situation at the club and are being linked away already this winter. He will still be itching to get back to the same rhythm shown last season against Steffen Baumgart’s Paderborn.

Dortmund can be backed at 1.18, the match to end in a draw at 8.50 and an away win for the struggling guests will be at 13.50, as Paderborn are going through a tough period in the top division of Germany. They have lost nine of their first 11 games since they bounced back from the Bundesliga II last season. The away stats are not showing any good signs for the visitors either, as they haven’t collected a win in 5 away games so far.

Borussia Dortmund should be ready to prove themselves against the worst performers in the league and might run a rampant show in front of their own fans. The last four games have included 15 goals, but this time the home side might win big also without conceding. If Paderborn get on the scoresheet, it will likely be a match of five goals or more.

Expecting a home side charging out of the block, they might easily score three times in one half, and might that be before the break already. At 3.30 it might even be worth a punt, if their attackers might keep up the scoring form they recently have shown for their national teams, this might be a tough night for Paderborn. 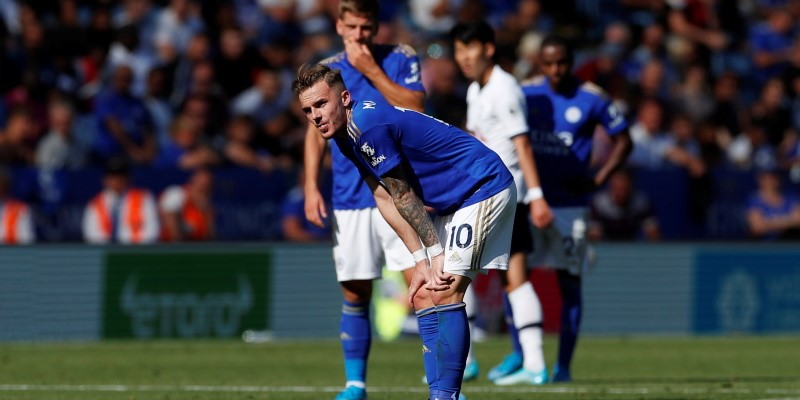 Saturday 23 November Amex Stadium – Premier League Brighton vs. Leicester City, Betting Tips and Previews Brighton are looking steady in the Premier League this season, and it will be... Continue reading

Saturday 23 November Gewiss Stadium – Serie A Juventus are still unbeaten in the league, but after the international break there’s a tough game that awaits the Old Lady at Atalanta. But... Continue reading