Football prodigies have been with us almost as long as the sport itself: Wayne Rooney, Pele, Lionel Messi, Cristiano Ronaldo and many more. But not all young footballers who show amazing early promise end up delivering on their obvious talent as they mature. So who are today’s remarkable ‘wunderkinds’ currently rocking the exciting world of Spin Sports betting with their golden soccer skills? And which professional teams have taken the risk of investing in their star-studded futures?

Takefusa Kobo is a talented Japanese prodigy originally signed by Japan’s FC Tokyo. And it was with the Tokyo club that he developed his early footballing talent and then went on to become a fully-fledged professional player. Moving to Europe, the acclaimed ‘Japanese Messi’, now a talented forward, was first signed up by the Catalan giants Barcelona FC. Kobo, in fact, spent a total of four years honing his skills with the Spanish team as he moved through their youth development sides.

However, Takefusa Kobo was eventually forced to leave Barcelona because the club was found to have violated its obligations towards several of the club’s under-age players. But once Kubo became 18, he was again courted by the top teams in Europe – including Barcelona – who, realising his prodigious talent, were all very keen to take the player on as a senior professional. Nevertheless, it was Real Madrid who finally managed to snatch the player from under the noses of Barça, Paris Saint-Germain and Manchester City. Having just signed the talented Belgian Eden Hazard, grabbing Kobo’s signature too has been another coup for Real’s president, the 72-year-old Florentino Perez. 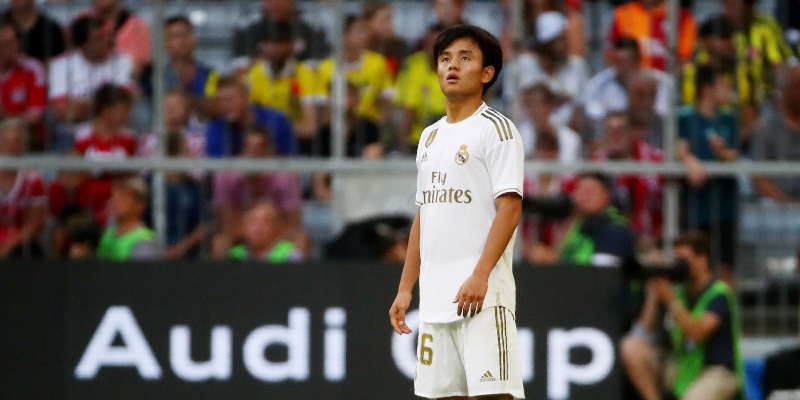 Eduardo Camavinga looks to be a winner

French Ligue 1 side Stade Rennes shook Paris St-Germain by completing a 1-2 away win against the French superstars with the new season just a fortnight old. And central to their ground-breaking victory was Eduardo Camavinga, a 16-year-old Angolan who stole the ‘man of the match’ award. Camavinga’s performance was even more impressive given that he was not one of the two Rennes goalscorers. Instead, his performance was measured by the number of diagonal crosses the young forward managed to rain down on the PSG goalmouth – one of which was duly put into the PSG net.

Completing just his ninth Ligue 1 appearance, Eduardo Camavinga’s impact on the game was such that he also ended up being the most-fouled player on the pitch. But perhaps more than anything else, the talented Angolan youngster showed PSG fans just what they are not getting from Neymar, their own wayward but talented Brazilian striker. Moukoko has the golden touch for lucky Dortmund

At just 14 years of age, Youssoufa Moukoko just cannot stop scoring goals for Dortmund’s U17 football team. In one season, this lad scored 40 goals in just 28 games – including a wonder goal against Bayern. And yet in another season, Moukoko cracked in 50 goals in 28 games. As well as showing all the skills of a prodigy, it also seems he can’t stop scoring goals: This year he netted six against Wuppertal, then pouched numbers seven, eight and nine before the finish of his fourth league game.

Though Moukoko scores hat tricks just for fun, sports fans should remember that he is performing these incredible goalscoring feats while competing against players who are mostly three years older than him. One thing is for sure, as he matures, Dortmund will find it an increasingly difficult task to hang on to a young football prodigy of such outrageous talent.

Ansu Fati is now the latest stellar young player to emerge from FC Barcelona’s La Masia talent factory. Fati only made his team debut for the Catalan side as recently as 25 August. But the fabulous goal he scored against Osasuna, plus the rumours surrounding his prodigious skills, have been enough to create a whirlwind of interest around this 16-year-old with incredible soccer talent.

What has excited many football observers has been the way the youngster’s transfer value has rocketed in such a short space of time. Beginning with just a zero rating at Transfermarkt.de, his stunning displays have caused his value to rise rapidly to an almost unbelievable 25 million euros. One thing which has helped to boost this assessment is the understanding that Valverde has indicated he intends to continue to find a first-team role for Fati as the season develops. Is the Nordic Messi the ‘real deal’?

Martin Ødegaard, the blonde Norwegian footballer now signed to Real Madrid, is only 20 years old. Yet he has been hyped as a prodigy for almost a decade. Sought by Pep Guardiola’s Bayern as well as Manchester United, in 2015 he finally opted to become a ‘galactico’ with Los Blancos. Nevertheless, he has found the going tough and has spent a lot of time away on loan. Yet his fortunes have gradually improved – he already has 16 caps for Norway – and he is currently being tipped to move over to Ajax. The late flowering of his talent has given the youngster renewed confidence, and his true ambition still seems to be to break into the Real Madrid first team. 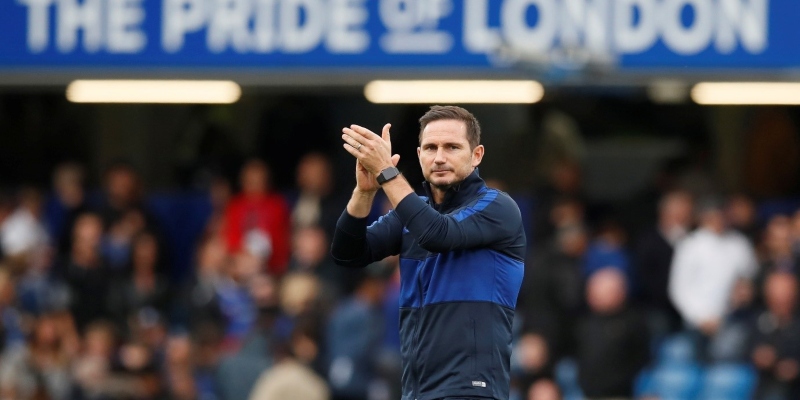 Saturday 19 October Stamford Bridge – Premier League Chelsea will be aiming to break into the Premier League top four as they play host to Newcastle this weekend. The Magpies, meanwhile,... Continue reading Is Boxing Going Through an Image Crisis?

When Floyd Mayweather – a boxer with 50 professional wins to his name during his impressive career – retired, many thought that boxing had lost its last major star. Some had been as a... Continue reading