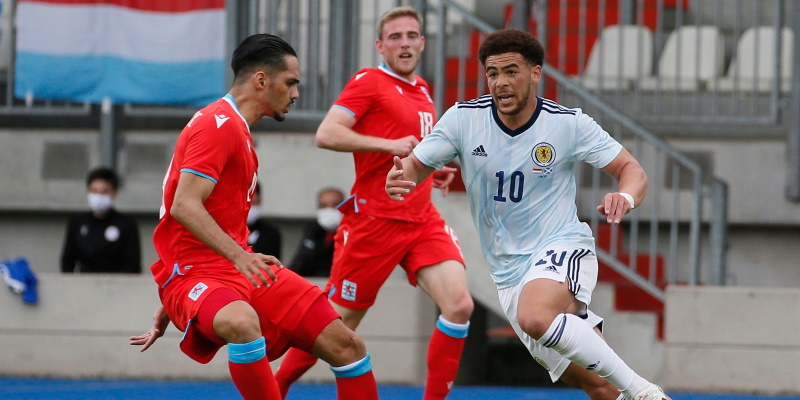 Scotland play their first match of an international tournament in over 20 years on Monday, as they take on the Czech Republic at Hampden Park. The home advantage will be key for Steve Clarke’s side with their opponents favourites to win according to Spin Sports’ online football betting.

Scotland last qualified for the Euros in 1996 in which they were also in a group with England. A win against Switzerland and a draw against Netherlands should have been enough to allow them to qualify, but a 2-0 defeat to England saw the Scots eliminated on goal difference. As a result, the Tartan Army has yet to progress past the group stage of a major interntaional tournament.

As Czechoslovakia, the Czech Republic won the European Championships in 1976 beating West Germany on penalties. In its current guise, the best the team has done was to reach the final in 1996, on this occasion losing to the Germans in extra time. The Czech Republic has qualified for every Euros since and is a consistent performer.

Scotland’s left side is where they’re expected to do the most damage. Captain Andrew Robertson operates at left-back with Arsenal’s Kieran Tierney playing on the left of a back three, with John McGinn pushed further forward. Che Adams has had a good campagin for Southampton whilst Billy Gilmour looks to be an exciting prospect.

Jaroslav Šilhavý has built a team in his own image based on defensive solidity, rapid attacks and aerial dominance. With Tomáš Souček, Antonín Barák and Patrik Schick in the squad the manager’s tactics are often used to devastating effect with full-backs expected to maraud forward with an eye on the early cross.

The two underdogs of Group D face off on Monday as Scotland prepare to take on the Czech Republic. With one of England or Croatia having lost points the previous day, this provides the opportunity to gain an advantage ahead of matchday two.

Honours have been shared evenly when the two sides have met in international football, with four wins each and a draw. However, the Scots have had the better of things in recent years winning all of the past three meetings. Ahead of Monday’s encounter the two sides are relatively well matched, both full of energy and looking to play rapid, effective football.

Whilst neither side are favourites to progress out of the group it would come by no means as a surprise as the two sides have plenty of quality. Scotland’s midfield is particularly effective with the central duo of John McGinn and Scott McTominay able to run most players off the pitch.

The Czech Republic are no pushovers and will look to go toe-to-toe with the home side. A win for Jaroslav Šilhavý would put them in a solid position for their following game against Croatia. The physicality of his side is expected to be particularly effective against the World Cup finalitists whose veteran squad may be vulnerable to the Czech counter-attack.

With everything to play for and the teams well balanced, Monday’s fixture should provide interesting, if not open football and will provide the platform for one side to challenge for progress to the knock-out stage.

Scotland to qualify from Group D at 2.25

The bookmakers have Scotland to finish last in the group, but a win on Monday could change everything. A good start for Scotland could give momentum and encourage their better players to step up to the challenge.

John McGinn to be Scotland’s top scorer at 7.00

Aston Villa’s McGinn brings a dash of attacking quality to the Scotland side – the Tartan Army’s most important players are arguably found in defence, aside from the 26-year-old.